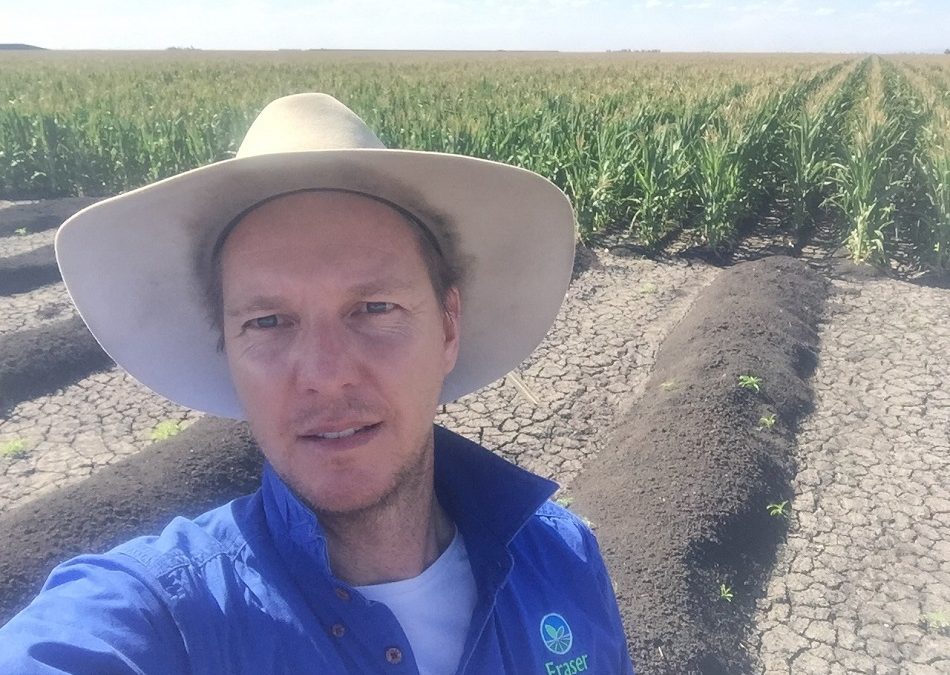 Richard grew up on a mixed grain and cattle property on the banks of the Condamine River in the Southern Darling Downs.

A passion for agriculture, in particular growing grain crops, his childhood paved the way to his future with grains and agribusinesses, of which he’s been involved with since finishing his studies.

Richard has worked as an agronomist in Dalby, St George, and the central Darling Downs, all prior to working for a hybrid seed company for 10 years. He has now returned to agronomy and established his own independent agronomy consulting business, Fraser Agronomy, specialising in broadacre crops and high production grazing, with a strong focus on the use of Biological Farming practices. He is also in charge of grower relations with one of Australia’s leading food ingredient suppliers, Mara Global Foods.

What is Richard continually striving towards in the grain industry?

As a consultant, Richard assists his client to reach their goals, which can be achieved in many ways depending on the client. “For example, through achieving the highest yield of grain per millimetre of stored water; budgeting and planning to grow the most profitable crop with irrigation water; or boosting the carrying capacity of pasture-improved grazing land.

“I enjoy seeing them succeed, as that dovetails into my company’s success,” he says.

What does Richard love most about his job in grain?

There are numerous elements of Richard’s job that he enjoys, including working outside to help grow healthy food crops to feed a growing population, and the opportunity to work with the latest technology.

“I like that every day brings new challenges. There’s also the interaction with different farmers, farming systems, environments and the relationship we create along the way, along with achieving good results – particularly in hard seasons like the one we are experiencing now.”

What can Richard rely on his mates for in the grain industry?

For Richard, mateship is one of the biggest things he relies on his mates for. “When I’m having a bad day, I have mates I know I can ring for a chat and they’ll always cheer me up, and I try to be the same for others as well.”