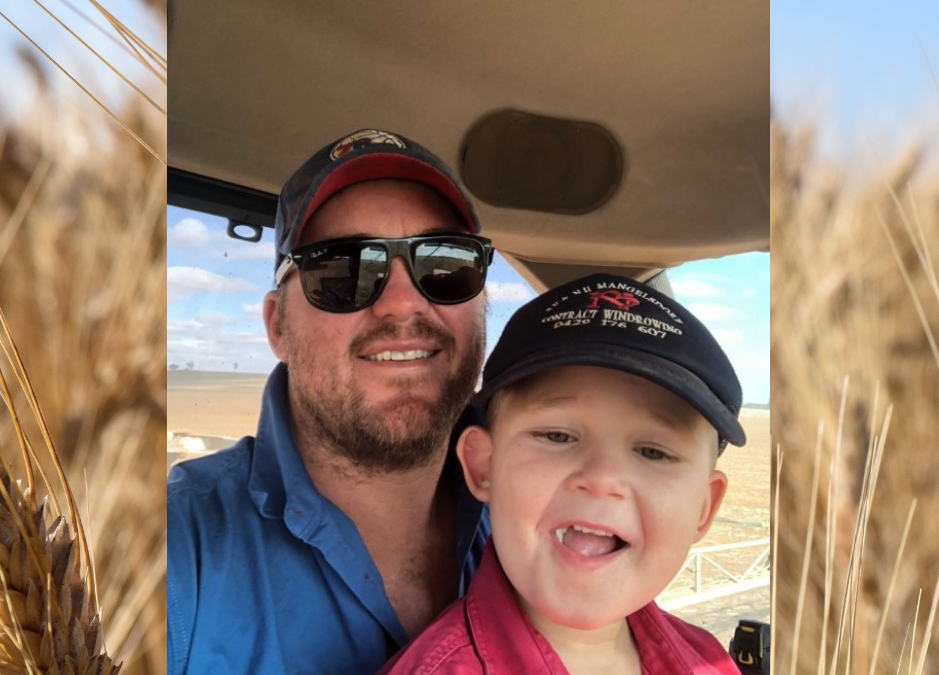 Ben Mangelsdorf is a grain grower from West Wyalong, NSW.

Ben runs a mixed farming operation, splitting his time between the 1,000 hectares he owns in West Wyalong and the 400 hectares across his other plot in Tubbul, near Young NSW.

Ben grows mostly cereal grain in West Wyalong, including wheat, barley and a little bit of canola, while Tubbul is home to around 600 merino ewes.

Ben loves the lifestyle his work in grain affords him and his wife, Nicole and their three young children, sharing his love of farming with his young family.

Ben values the support he gets from his mates in the grain industry, knowing that a problem shared with fellow growers is a problem halved.

What is one thing that you’re continually striving towards as a grain grower?

“I would say, just producing as much as we can every year.”

What is one thing you love about your job or lifestyle in grain?

“I love working for myself, that’s probably one of my favourite things, but I also love how the family takes to farming. I love having the kids around and introducing them to what we do, I think that’s really important.”

What is one thing you value about having mates in the grain industry?

“It’s really good to share ideas and share problems and issues. Normally if you have a problem, someone else has experienced the same thing and has found a solution, so it’s really good to bounce that off friends and other people in the industry. Also when you’re living through the hard times, other people are going through the same things and that sort of helps the mental state a bit. We share ideas, different methods; it helps to hear about what people are doing, what’s working, what’s not working and so on.”