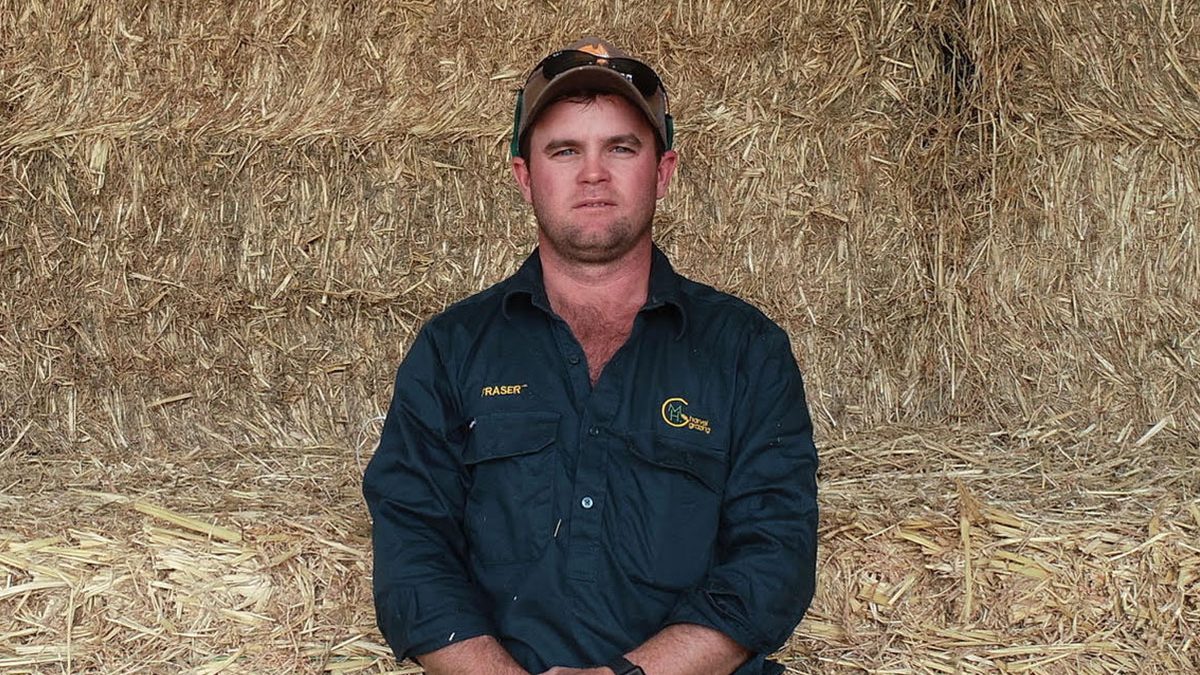 Fraser Hewitt is a fifth generation farmer in Theodore, in the Shire of Banana, on the Dawson River. Together with his father and two younger brothers he manages 27,000-acre Charvel Grazing, the family’s mixed farming and cattle enterprise.

In producing mainly wheat and chickpeas, along with mung beans and sorghum, he builds on a long-standing family history of farming.

“We bought the current property in 1956 and historically my family’s been in the area since 1904.”

A true family-run business, Fraser enjoys the freedom farming gives him to do what he loves and spend time with his wife and two young children.

“I love the lifestyle.”

“The freedom to do something different every day.”

“It’s all about having that family, work balance.”

But sustaining that balance effectively was becoming a challenge with his existing storage system. Fraser stored grain in two 100 tonne cone silos on the property, but was growing weary of managing an inefficient workload.

“Our main issue was getting grain off farm during harvest.”

“We were waiting for the buyer to take the grain away from the farm.”

“Also we were spending around 5 hours a day in the truck and unloading taking feed to another town.”

“It was a lot of work, operating the augers, loading out and so on. It was a logistical nightmare.”

So when it came to choosing a new grain storage system, efficiency was Fraser’s highest priority. He wanted a solution that would enable him to hold grain for longer and cut down the human workload required to operate the existing system. The new system with its in-floor auger has made it quicker and easier for Fraser to move his grain.

“We were looking for a silo with good sealing, fumigation and load out functionality.”

“We load a lot of triples which means you’re moving augers a lot,” Fraser says.

“We needed a solution that would enable us to load the trucks faster and generally made the work more pleasant.”

“We purchased a 1000 tonne flat bottomed silo with T cross aeration and an in-floor auger from Allied Grain Systems.”

Aside from providing an impressive 800 tonnes more storage, it was also Allied’s customer care that convinced Fraser they were the right manufacturer for the job.

Allied Grain Systems not only delivered on product but on understanding what was required for the job and what would make Fraser’s farming operation run more smoothly.

“Allied gave us the storage solution we needed, so we could get the grain off the ground and off farm.”

“Having [the new] storage on farm allowed us to mitigate that issue.”