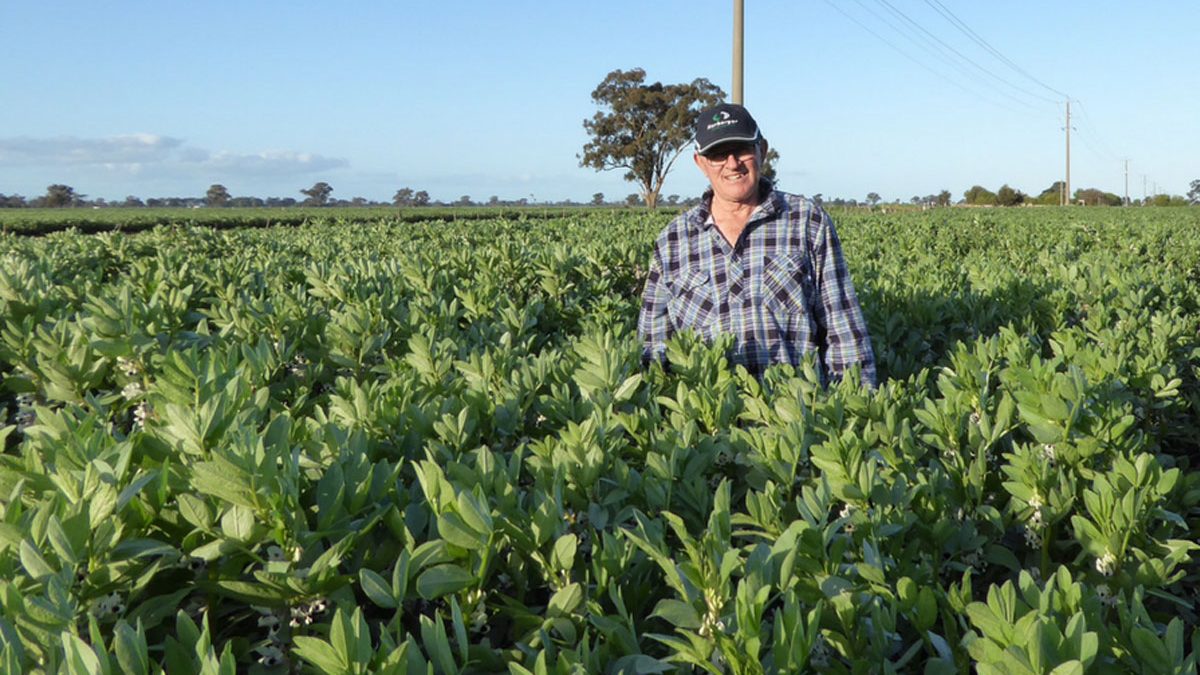 Graeme Hendy, together with his wife, Margo, manages their 2,800 acre enterprise in Numurkah, Victoria.

A fourth generation farmer, Graeme builds on a rich history of farming dating back to the 1920s. He produces a variety of crops including wheat, canola, faba beans and in some years, barley.

“To me it’s not just a lifestyle thing, we’re flat out at harvest time, sowing time and in between we just keep going all round.”

“The great thing about it is we can go wherever we want to these days.”

Graeme stored grain in a mix of 80 tonne and 125 tonne cone silos on his property, but he realised things had to change if he was going to improve the marketing and logistics side of his business.

“Probably one of the main things was that the headers got bigger and we had to find a way to keep the grain away from the header.”

“Logistics was probably the first port of call and then the marketing. Some years you don’t pick up that quantity but it’s there. If you time it wrong it can go the other way though, but that’s only through your own greed.”

“When it’s a good price you sell it.”

“Of course some years are better than others, plus you’ve got the logistics of keeping the header going. You can’t afford to have the header stop.”

Logistics and marketing aside, Graeme was also looking for a more convenient way to store and manage his grain. He saw how much time was being wasted with his existing set up which in turn was restricting the success and growth of his business.

“One thing is time when we’re harvesting.”

“Look, the little silos, the 80 tonne silos, you’re holding grain on the header for less than two hours before you’ve got to change the auger.”

“Whereas the 1000 tonne silos, you can put the auger there for a few days.”

“We needed to have smaller storage to manage different qualities, then once we had a certain amount of storage we could add in the bigger ones.”

So when it came to choosing a new grain storage system to complement his existing set up, convenience was certainly a main priority. Graeme wanted a solution that looked good and worked well to support the efficiency of his operation.

“I liked the idea of the way Allied built their silos, compared with other ones I’d seen that to me didn’t look right.”

“I actually just had a fella here today picking up some grain and he made a comment that outloading auger in our silos are better than the ones he’s got. He’s got 4000 tonne silos and he reckons these are better.”

“Certainly good to hear on my side! I got the right silo.”

First impressions certainly count, something Graeme will attest to after he chose to install silos from Allied Grain Systems after walking past them at an auction field day.

“I was walking back to the car to go home and, oh look at this silo, so I bought one!” Graeme says.

“A year later I bought the second one.”

“So we have two 1000 tonne flat bottomed silos from Allied Grain Systems.”

Looks may have won him over but how has his new grain storage system withstood the test of time economically?

“Probably a classic example would be at the moment, we started selling wheat back in January at $265/tonne in Melbourne. Monday, Tuesday I sold wheat out of those silos at $340/tonne. That’s $75/tonne better off.”

“So in three years it’s paid for itself.”