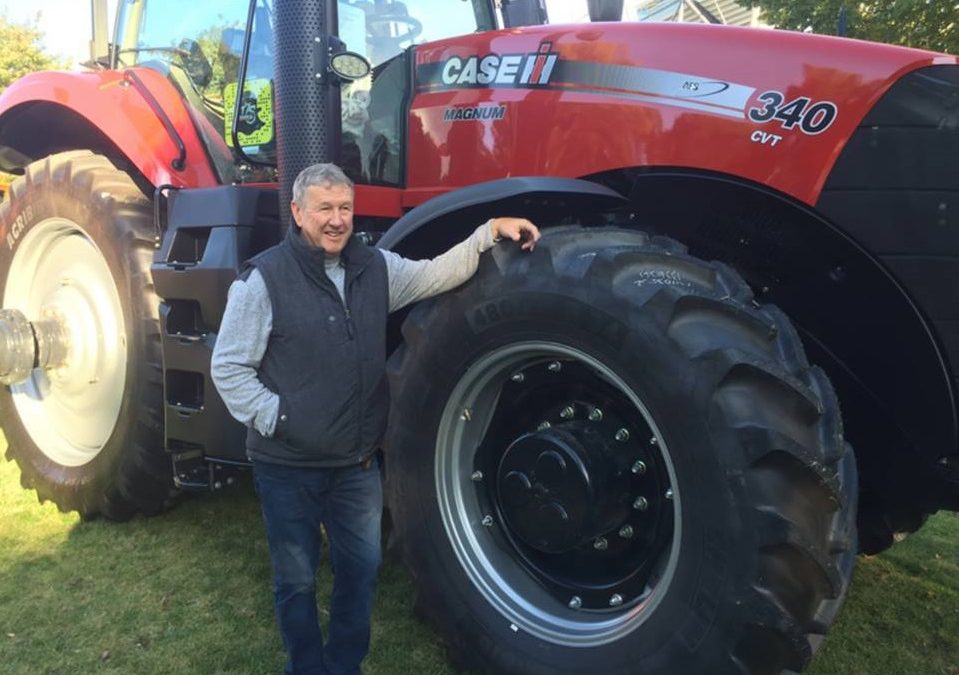 Together with his wife, Sally, and their son, Brad and son in law, Lachie, he produces high protein wheat, the cropping of which makes up around 12,000 acres of the family’s 50,000 acre mixed farming property, Warrawee.

The family also sells prime lambs and produces wool from their livestock enterprise.

“Knowing our end users are happy with our product is the most enjoyable thing about what we do,” says Greg.

“Ensuring the quality of that product is what posed the greatest challenge.”

Greg stored grain in small sheds on his property or at the local Grain Corps or local silos, but was growing weary of having little control over his own produce.

“Not being able to control the temperature of our grain also gave us a lot of trouble with weevils.”

So when it came to looking at a new grain storage system, sealable storage with a cooling system was a high priority for Greg. He wanted a solution that would put him in charge of his own produce and deter the insects from spoiling it.

“We wanted a way to keep fumigation, pesticides and insecticides out of the picture as much as possible.”

“From Allied Grain Systems, we purchased two 1600 tonne flat bottom silos with automatic aeration to cool the grain down.”

“We don’t have to fumigate too much because we’re now able to keep the temperature of the wheat down with the fans. They start up when the temperature rises and that keeps the insects at bay.”

As well as providing Greg with an impressive 3200 tonnes of independent storage, alongside 600 tonnes of additional on-farm storage, the new system means that Greg can now market his grain effectively and increase his profitability.

“At harvest time, we can strip the grain all night; we don’t have to stop because the local silo has shut for the day.”

“We’ve got control over the wheat. If there’s a downturn in the market, we can hold grain and then sell when there’s an upturn. It’s good for profitability.”

“Of course with the drought it’s been a terrible season so far but we’ve just got to tough it out. We live to fight another day!”

Since having the Allied silos installed around 5 years ago, Greg has certainly seen a positive impact on his business.

“Efficiency of workforce is definitely the thing, because now it just takes one man to do it all in one load.”

“Because we’re in an area where we’re growing high protein wheat, which is pretty sought after, we just decided we’d do it ourselves, to make it a bit more profitable.”

“Some years we’ve seen gains of $100 per tonne through storing our grain, some years it’s through getting paid for storage because our end price is so good we get paid really well; it’s a win-win all round.”

With so many other suppliers on the market, what made Greg choose Allied Grain Systems?

“The thing is, they’re long term, they’ve been around a while, others come and go but these guys have stayed the course.”

“I did price up other silos but I just felt that Allied were the best.”

“Neighbours of mine have been impressed with the job Allied did and have bought their silos themselves. The workmanship is very good and they’re very good to deal with.”