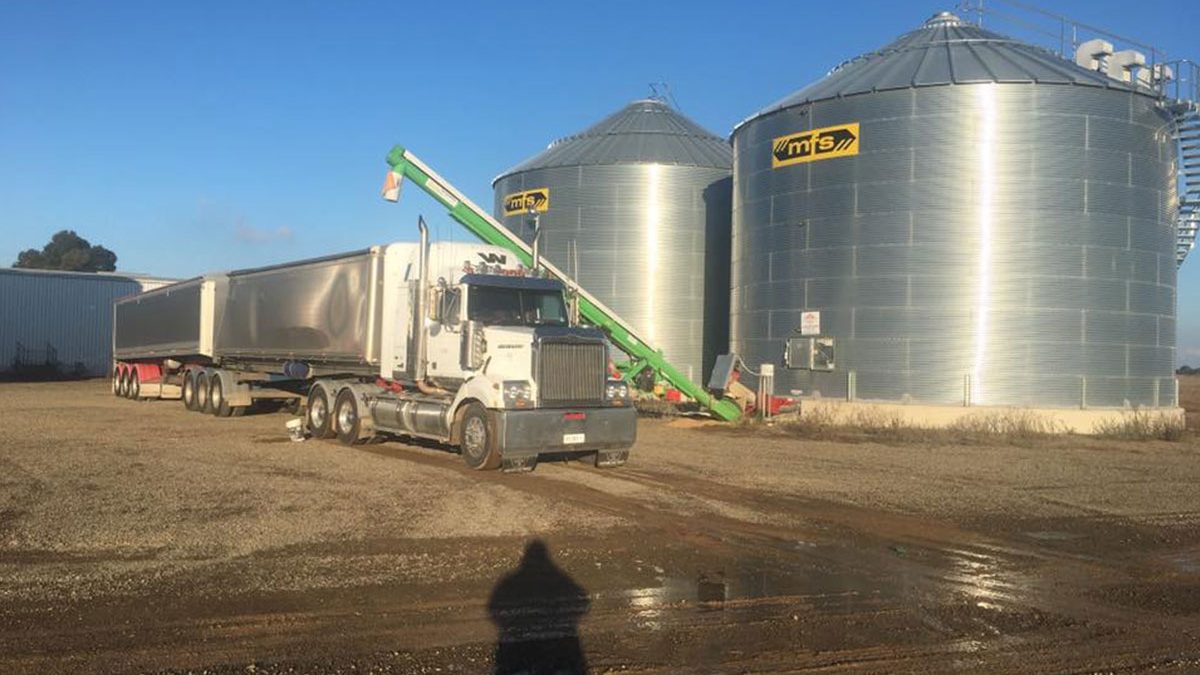 Jim Collis and his wife Sally manage Glen Hope, the 14,000 acre farming operation in Beckom, NSW which has been in his family for generations.

Specialising in broad acre cropping, they produce a variety of grain including wheat, barley, canola and lupin. They also run sheep, producing prime lambs as their main source of revenue from their flock of first cross ewes.

“My mother was born in the main homestead in 1929 and now at 89 lives in one of the houses on the farm.”

“My dad was a farmer, though his life was tragically cut short when I was 3,” Jim says.

“My mother ran the farm and brought up four children. She ran 8,000 acres for almost 40 years.”

With a strong farming ethos in his blood, Jim saw that to bring the business into the future things had to change. Jim stored grain in silo bags but was growing frustrated with inefficient sealage, fumigation and marketability.

“The main thing was getting a sealed silo that could be properly fumigated.”

“That was a high priority in what we’re trying to achieve because your quality has got to be right at the other end or it goes out the window.”

“Allied were up there with their credentials, particularly where fumigation was concerned.”

“Plus we were taking far more grains to town and we just felt to have more control over the price the only way going forward was to be able to hold the grain until the optimum time.”

So when it came to choosing a new grain storage system, another big consideration for Jim was capacity. He wanted a solution that would enable him to hold more grain for longer.

“From Allied Grain Systems we purchased two 800-tonne flat bottomed silos with a 13 inch swing away auger at the bottom to clean them up.”

“We bought the auger to complement the size of the silo and I’ve been more than happy with the whole system.”

“Now we’re able to store the grain on our terms.”

In providing him an additional 1600 tonnes more storage, the Allied Grain Systems solution has changed the face of Jim’s business, particularly when it comes to harvesting the grain.

“It’s opened up a lot of avenues at harvest.”

“If we get another header in we’re able to keep the grain away with those big silos.”

“Prior to that we couldn’t keep the grain away from two headers.”

“That opportunity to strip when the crops are yielding, to have two big headers in the paddock and get the grain off and into the silos; that is a big plus.”

“Of course you can still muck up timing the market but it means you’re in control.”

“Particularly when it comes to feed grain which is better if you can sell off-farm,” Jim says.

With so many competing manufacturers to choose from, what made Jim decide to go with Allied?

“I looked at a few and it came down to a few things, proximity to our business, talking to Brian and availability was a big one, we were able to get those silos in that year.”

“I spoke to neighbours who’d had silos from Allied for a number of years and that was enough for me to know that was what we needed.”