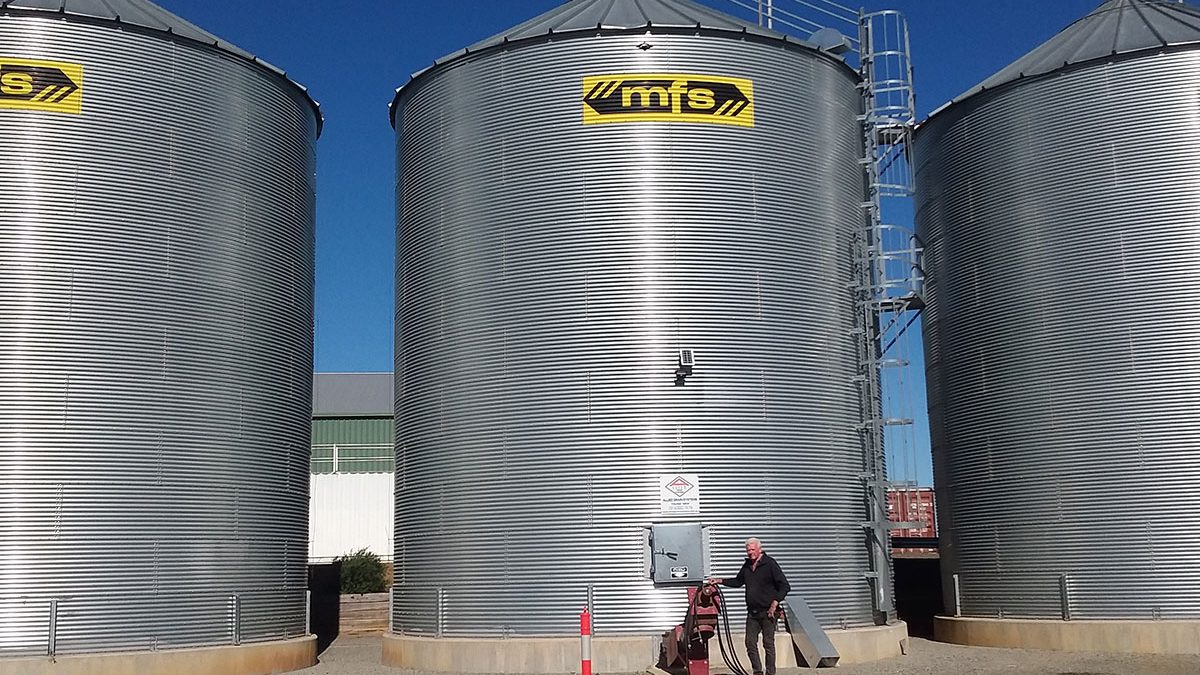 Working in the business of grain storage for 25 years, Rob specialises in wheat, barley, corn and rice.

Rob stored grain in a combination of bunkers and sheds on his property but was becoming frustrated with the inability to access his grain in bad weather.

“Accessibility to get the grain was near on impossible in bad weather. You can’t get it out when it’s wet weather.”

“Unloading the trucks on a wet day, and even just keeping the area clean was pretty tough.”

“Plus, an important point for my business, you can’t put rice in a bunker, it has to go in a silo. It’s got to be controlled pretty well.”

Rob was looking for a more efficient way to store his grain. Though his bunker system held a large amount of grain he was finding it increasingly difficult to control issues like insects and moisture.

“The control is better in a silo, they’re cleaner and easier to use.”

“We were fumigating every three months against insects in the bunker.”

“Aeration and fumigation is more effective in a silo.”

“We can control weevils much better now with the new storage system from Allied.”

So when it came to choosing a new grain storage system that would improve his existing set up, hygiene control was an important factor. Rob wanted a solution that would be cost effective, accessible and easy to operate to keep his business running smoothly.

“In my line of business I came across some Allied silos and they seemed to work well.”

“That was enough for me, so I went with them.”

“Brian and John were great through the whole process. The silos had a few issues with ill-fitting lids and leakage but the guys at Allied sorted it out.”

Allied Grain Systems not only delivered on customer care but on understanding what was required for the job and what would make Rob’s storage and transport operation run more smoothly.

“The biggest thing with having the silos is it has afforded us the reliability to go and get the grain in and out when it’s poor weather.”

“We can unload trucks on a wet day, like today, something we couldn’t do when we were just operating out of the bunker.”