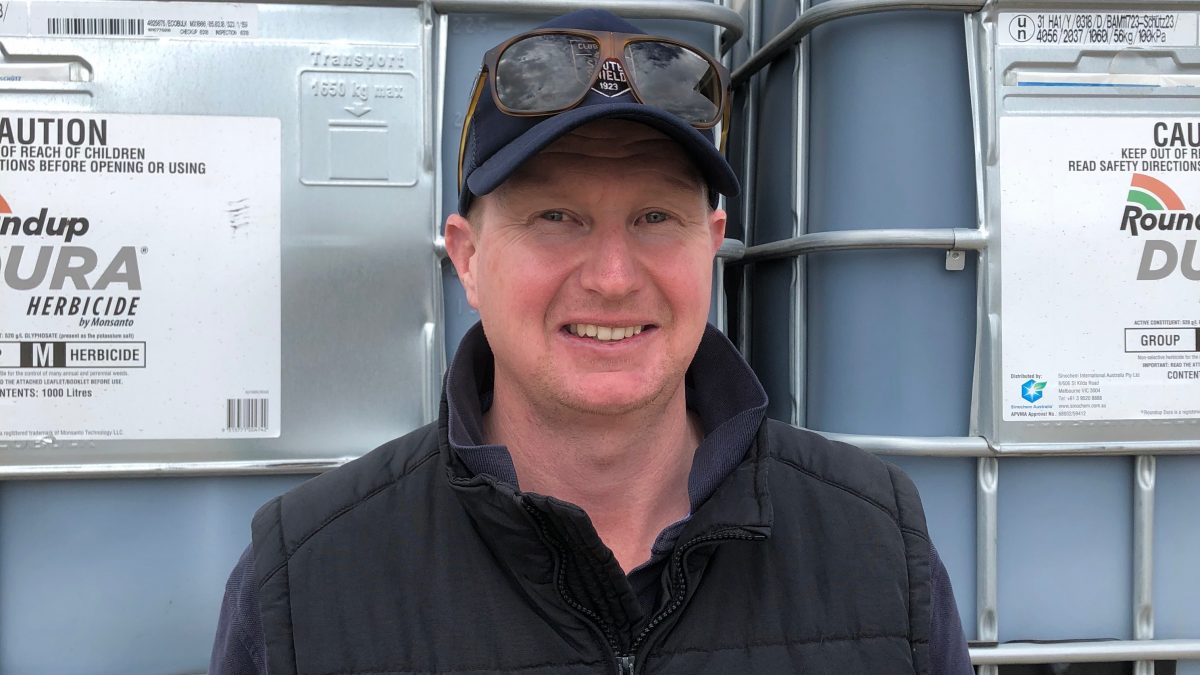 David is a senior agronomist and Branch Manager for Landmark in Young, NSW, and his favourite part of the job is dealing with Australian grain farmers every day.

Originally from West Wyalong, David had an early introduction to the world of ag. His family had a property out towards Lake Cowal where they had a small mixed farm, and his Dad was the district agronomist. David studied at the University of New England and graduated to follow in his father’s footsteps, becoming an agronomist and started his career in the MIA Griffith for three years back in 2005, then went back to his hometown, and in February 2018 he made the move to Young to work for Landmark.

David likes that he “rides the rollercoaster” in his role alongside the farmers throughout the season.

“It becomes more of a relationship than just a professional relationship – we deal with customers’ livelihoods where decisions we help make for our growers can affect their outcomes. We take this very seriously.”

The counteraction of seasonal constraints and timeliness of operations is something David finds the most challenging, but always ensures to work hard so he can help farmers grow in those conditions.

What is David continually striving towards in the grain industry?

For David, it’s all about maintaining the exceptional efficiency Australian growers show in their work.

“We have the luxury to travel with our company to the US to look around, and I think the efficiency of our growers is second to none. With the area we’re from – very marginal in terms of rainfall, and in general the production we can produce – our farming practices are very good from a world standard.

“I’m really proud to be associated with that.”

What words of wisdom would David give to someone just starting out on farming?

“Stick with it,” says David.

“Create a lifestyle and stick with that, because it’s a great industry to be involved with and it’s an exciting time to be an Australian farmer moving forward.”

What can David rely on his mates for in the grain industry?

David loves that the Aus Ag industry is a small one, and that with all the connections he’s made across the country, he knows he can ring any of them for advice on cropping or a general chat.

“It’s such a small industry which is very good at networking.”