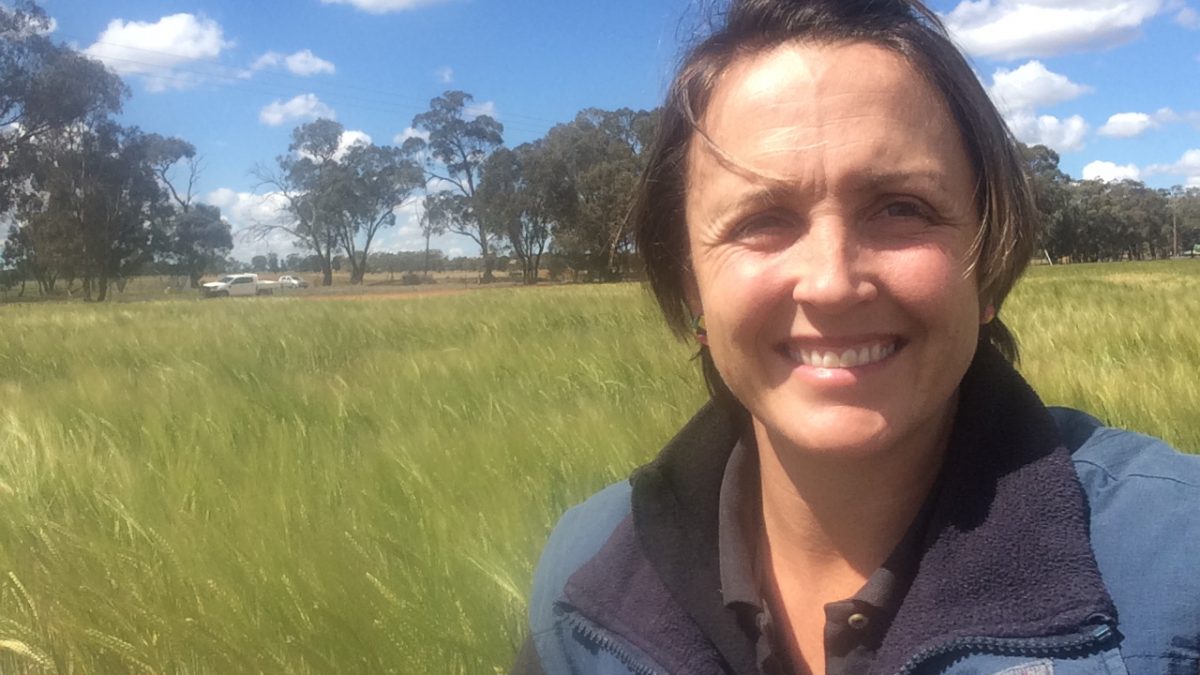 Emma is a passionate agronomist with Landmark in Temora, NSW, and has been working in the industry professionally for nearly 20 years.

Originally from Goolgowi NSW and growing up on the land, Emma always knew she wanted a hands-on outdoors career in agriculture. After finishing her Ag studies at CSU WAGGA in 2002, she started her agronomy career with Wesfarmers Dalgety on an IAMA Cadetship in Forbes where Emma says the harsh reality of the drought impacted her career from day one.

Emma made the move to Temora in 2004 to join Wesfarmers Landmark after a position became available to join a strong solid team in a town closer to home.

“Before 2010 there was only one good year and that was 2005. We had a very late start to the season but thankfully it finished with a very mild wet and forgiving spring – I learnt a lot that year. Unfortunately every other year was very dry, so the 2000’s were a very challenging start to agronomy, but I’m so glad I did it.”

After having her first baby in 2010, Emma switched to a more flexible working schedule. She says one of the most satisfying things about being an agronomist is simply getting outside and amongst all the action in the crops.

“I really enjoy being outside and seeing the crops grow – the reward of good profitable yields at harvest is great to play a part in.”

Staying positive in the drought is often the most challenging part of being an agronomist, Emma finds.

“It kind of feels like groundhog day at the moment – we’ve been here before back in the 2000’s with the drought but we got through it. And we’re not alone – we just have to keep looking at all the options available for the crops we have,” adds Emma.

What is Emma continually striving for in the grain industry?

Emma says bringing increased profitability to the farmers she works with is what she always aims to do.

“I’m open to new opportunities out there that can bring the most bang for their buck, without affecting the sustainability of the farm in the long term. Whether its harvesting what’s there, cutting crops for hay or putting sheep on them, you have to proactively weigh up the pros and cons of every possibility before making a decision.”

What words of wisdom would Emma give to someone just starting out in Agronomy?

“Farmers and agronomists alike are a wealth of amazing knowledge, and they’re always willing to share experiences – both good and bad. So my words of wisdom would be to take that information on and always be willing to ask questions and learn,” says Emma.

And what can Emma rely on her mates for in the grain industry?

The relationships Emma has formed within the Ag industry has resulted in a wide network of mates she can always rely on for great advice!

“Everyone is willing to have a chat and share their experiences – there’s some really good advice out there, agriculture is constantly evolving. The farming world is really a very open book – all you have to do is pick up the phone and ask the question. It’s such a great industry to be in.”