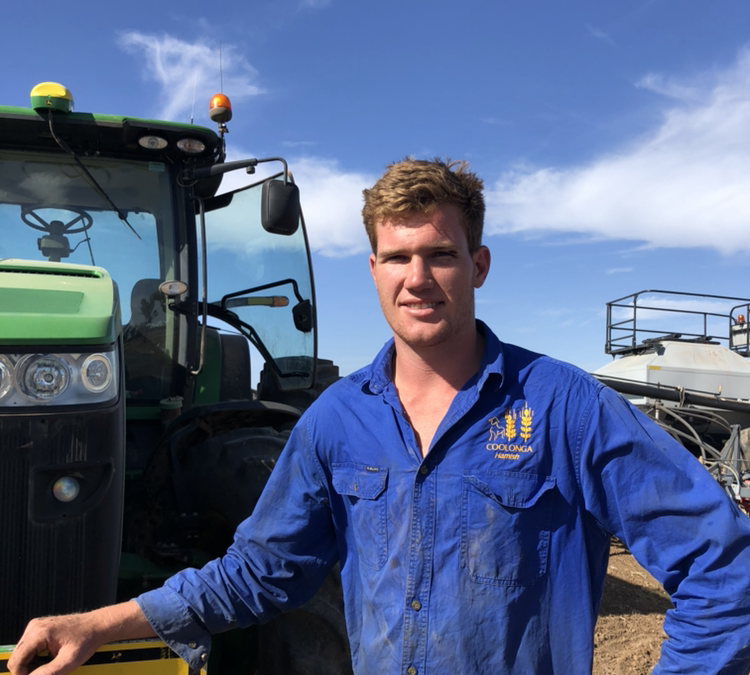 Hamish grew up on his family farm in the west of Young, NSW. Now 22, he’s dedicated to helping run the mixed farm of grains and sheep with his family, growing wheat, canola and barley.

“I was born into the land and found the love of farming at a very young age,” he says.

Hamish has recently returned from playing rugby in New Zealand – an opportunity he says he’s hugely grateful for. He has now returned to play first grade rugby union with his childhood team, the Young Yabbies, of which he’s been a member of since he was nine.

What is one thing Hamish is continually striving towards as a grain grower?

“We strive to maximise our production by remaining flexible and adapting to new technology,” he says.

What is one thing Hamish loves about his lifestyle in grain?

Hamish loves working on the land and the lifestyle and freedom that comes with it. “I love working alongside my family and the responsibilities we get.”

What is one thing Hamish can always rely on his mates for in the grain industry?

“It’s really good being able to share knowledge and new ideas with your mates and people in the industry over a couple beers,” he says.