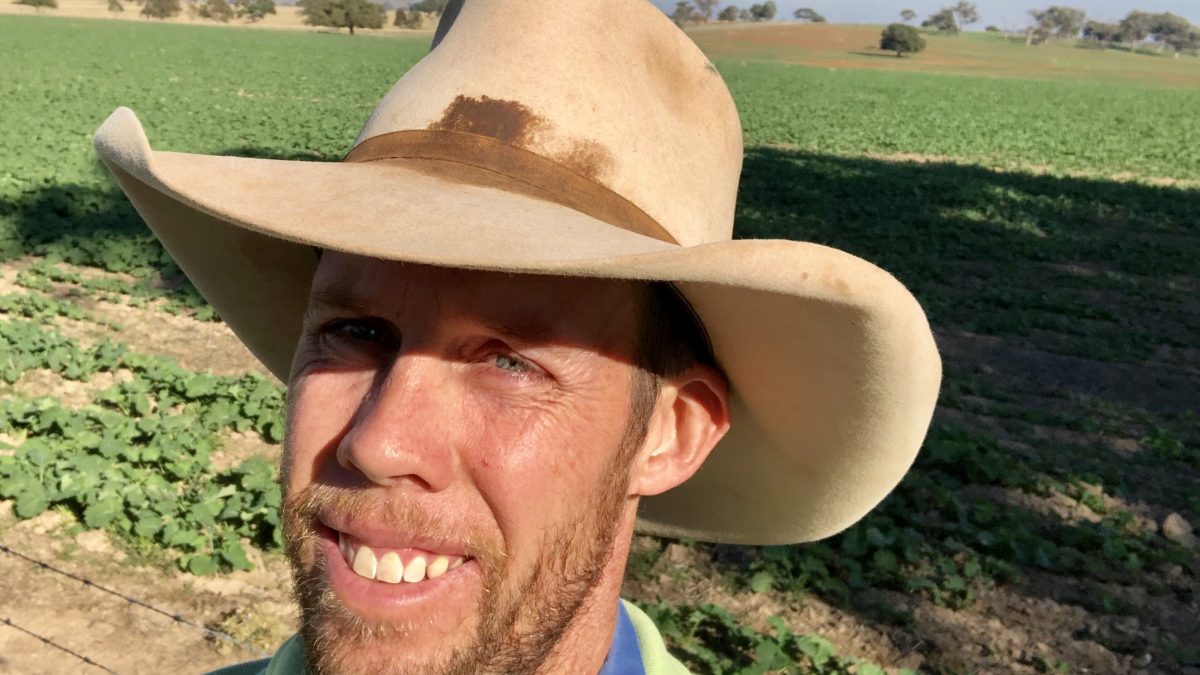 Hamish is a fifth-generation farmer from Cumnock in central New South Wales. After spending a year in the Northern Territory on a cattle station then studying a Bachelor of Management in Orange NSW, he went home to the family farm. He took on the beef trading operation and then the cropping with his brother, where they grew 3000 acres of canola and wheat for many years.

A big succession planning fallout impacted the farm which meant they lost a lot of the area. Since then Hamish has bought back into the property with his wife, which is now used for both cropping and beef trading.

Hamish also runs his own ag-tech company Pairtree Intelligence, where he’s developed a platform for any farm data to be shown on a single dashboard.

What does Hamish find is the most satisfying part of his job?

“You’re sometimes not sure what you’ve achieved at the end of the day in an office, but being able to manage a number of business and environmental issues and see the final product is really rewarding in farming,” he says.

What does he find is the most challenging?
Hamish has struggled in the last three years with changing his mindset on the likelihood of limited to no rain.

“It’s a massive change in any decision process, particularly in cropping,” he says.

“These last three years have shown that regardless of as much management you put in, the crop may still not finish in the way you planned.

”What are Hamish’s go-to sources for farm related intel to improve his business?

Hamish has found with his ag tech company he can see the value of a range of senses, for example soil probes and trough monitors, and it allows him to determine where he’s saving precious time.

How have advances in technology impacted Hamish’s farm and the way he works?

Hamish has deployed a LoRaWAN network (with the help of the NSW Department of Primary Industries) on his two properties that allows him to manage all the different devices that monitor his farm, for example the weather stations and tanks.

His network has also allowed neighbouring properties to implement their own technology on their properties.

What words of wisdom would Hamish give to someone just starting out in farming?

“Farming goes wider than the traditional land, and I’m quite interested to see where the ag-tech space goes into the future.”

What can Hamish rely on his mates for in the grain industry?

“Regardless of the season, there’s always someone who’s got a funny story about how pear-shaped it’s going.”