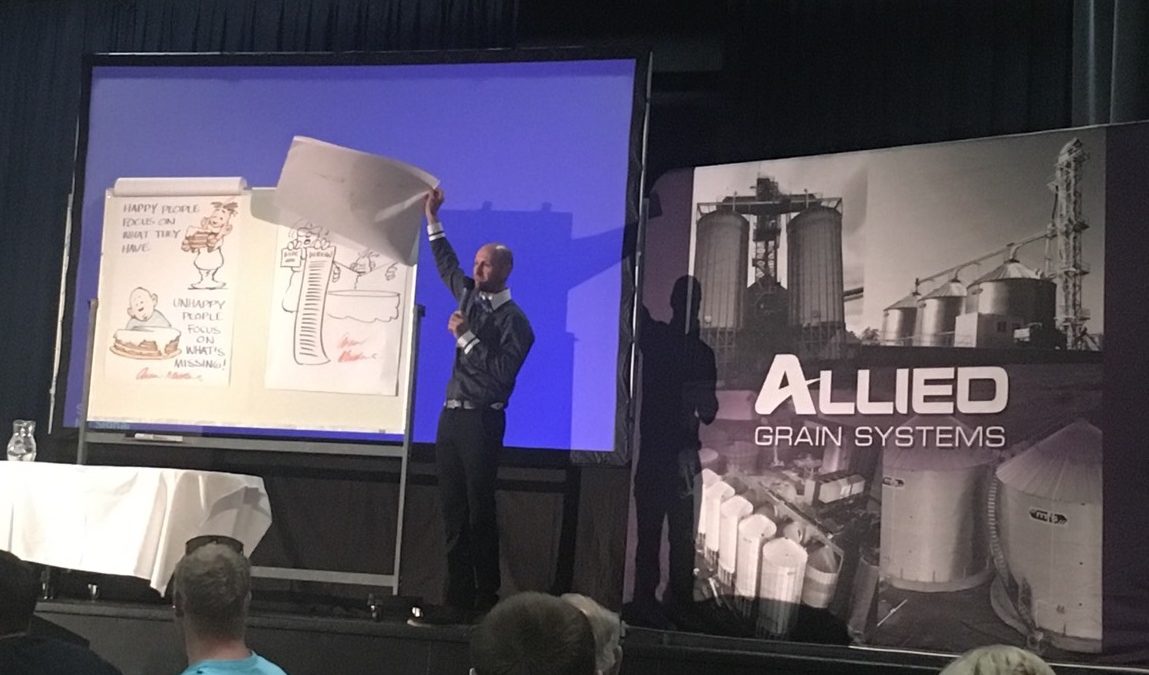 Allied Grain Systems has been at a fundraiser in Young, NSW, to raise money for local shearer and family man, Josh Clayton.

Josh’s fundraiser raised money for families currently fighting Motor Neurone Disease, having lost his wife Haley to the disease in 2017. He’s hoping to bring awareness to MND and support families who have also been touched by the disease

Josh, who has been shearing for 20 years, is also shooting for a World Shearing record attempt in February 2019. The record is currently 466 merino ewes shorn in eight hours.

He’s been in training for the last six years, and is now shearing four to five days a week in preparation for the challenge.

A tough job for a very worthy cause! We wish him and his family all the best for the big day in February.

If you would like to get behind Josh, visit his Facebook page ‘A Step Towards Happiness’ to show your support.