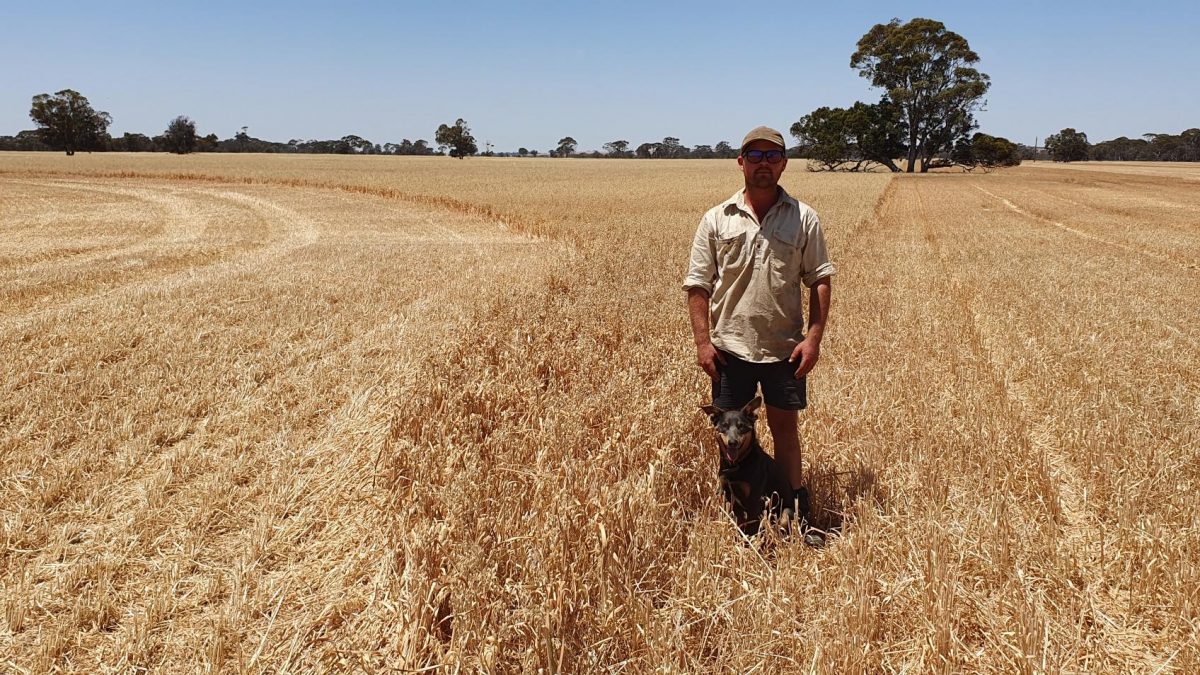 Jack Stallard is a young gun in grain, who’s recently started hay baling for a family farm in Wagin, on the Southern Wheatbelt of Western Australia.

Made up of 50% hay and 50% mix of grain and sheep, Jack’s never short on jobs. Originally from a small country town, he became interested in the Ag industry around 15 where he started to hop between potato, cattle, sheep and dairy farms. He later got his trade in Perth, decided the city wasn’t for him, and soon after took a job in Wagin as an Ag mechanic.

Through this vocation he met his now-boss, Ben, who manages the farm with the help of his dad, Greg. Between the three of them and some seasonal workers, they run the farm operations as a tight-knit team.

Jack says the season has been slightly below average, but that he’s thankful they’ve had some good years in the past.

“I do feel sorry for some of the blokes over east with everything they’re going through,” he says.

“It’s not a disaster here, it’s just not as good as it could’ve been, but that happens to everyone, doesn’t it?”

Jack loves the amount of freedom he gets as an all-rounder. “I love being outdoors, and we get to see some absolutely beautiful moments – there’s so many positives it’s hard to pinpoint one!”

His favourite way to spend the day on the farm is hay baling because it’s been his first year on the baler. He also enjoys being on the header, fencing and doing sheep work.

“It was a good challenge, and our hay program works really well with a few different contractors around.”

“My favourite moment is when you’re harvesting and you get to see all the work you’ve put in all year, and it comes to fruition and you think ‘this is awesome’.”

“The isolation during the busy periods is sometimes hard. You’re not alone, but I suppose you do miss out on social interaction a bit.”

He also mentions something he, Ben and Greg discuss often as one of the biggest challenges they’re facing at the moment is the public perception of farmers.

“Everyone has seasonal challenges, which is part of the job, but lately some people of the public are saying we’re bad people and it’s totally wrong. It can make the job really hard.”

What’s something Jack’s learnt in the last year on the farm?

“I’ve learnt that you always look to the older blokes because they’ve been there, done that – their words are probably worth their weight in gold,” says Jack.

“I love working for Ben and Greg because they’re really big on not working to live, but living to work. There’s no dumb questions here, which takes off the pressure.”

What can Jack rely on his mates for in the grain industry?

“Mates in grain are good because we all have different ideas, and we catch up to share these ideas with other local farms and provide different approaches.”

“It’s also really good because you can call them up when you don’t want to talk about grain – you can have a beer go fishing with them, and I think that’s just as important.”