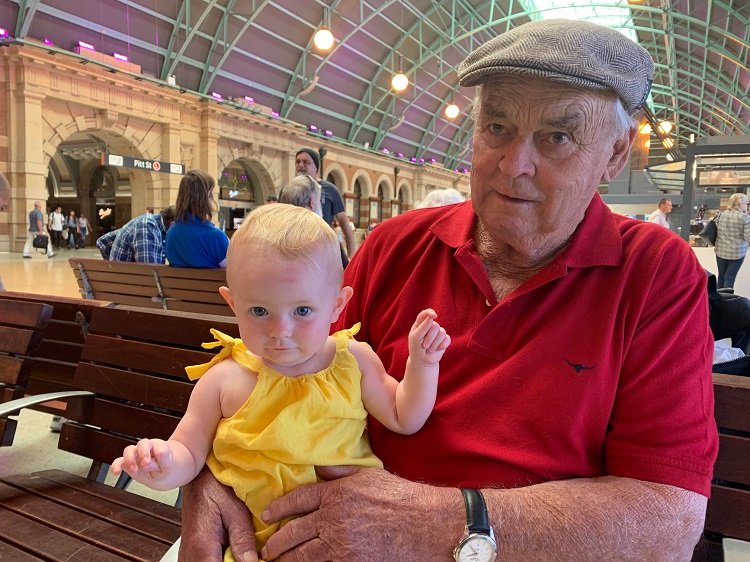 Jack is happily retired in Parks Shire and proudly following the journey of his own children, including our own John White, Director of Allied Grain Systems!

Jack is proud to say he grew grain – wheat, barely, oats – for his whole life. As soon as he left school he started farming, and he can’t believe how much it has evolved today.

The family farm was located at Bogan Gate, a small village just out of Parks Shire in Central West NSW. Although farming had its challenges the rewards were always worth it, including watching his family grow up on the farm.

The family had a mixed farm –  grain, cattle & sheep. Jack always liked that his farm “had a bit of everything” – there was always something to back them up during the inevitable tougher seasons.

Jack is incredibly proud of his son and says he’s done a fantastic job in leading Allied Grain Systems.

What did Jack love most about his job in grain?

Jack simply just loved farming – both the work of growing grain and the lifestyle it gave him.

“We had good years and bad years – seeing a new September where the wind finally comes to blow the grain and wheat, it was really rewarding.”

What could Jack always rely on his mates for in the grain industry?

Jack felt that he could always rely on good friendship within the industry. He always had incredibly good neighbours, and he could count on his mates for moral support, as did they with him.

“I loved having a beer with them on Friday nights and talking about the break downs we had, the good news and the bad news, the good weeks and the bad weeks.”