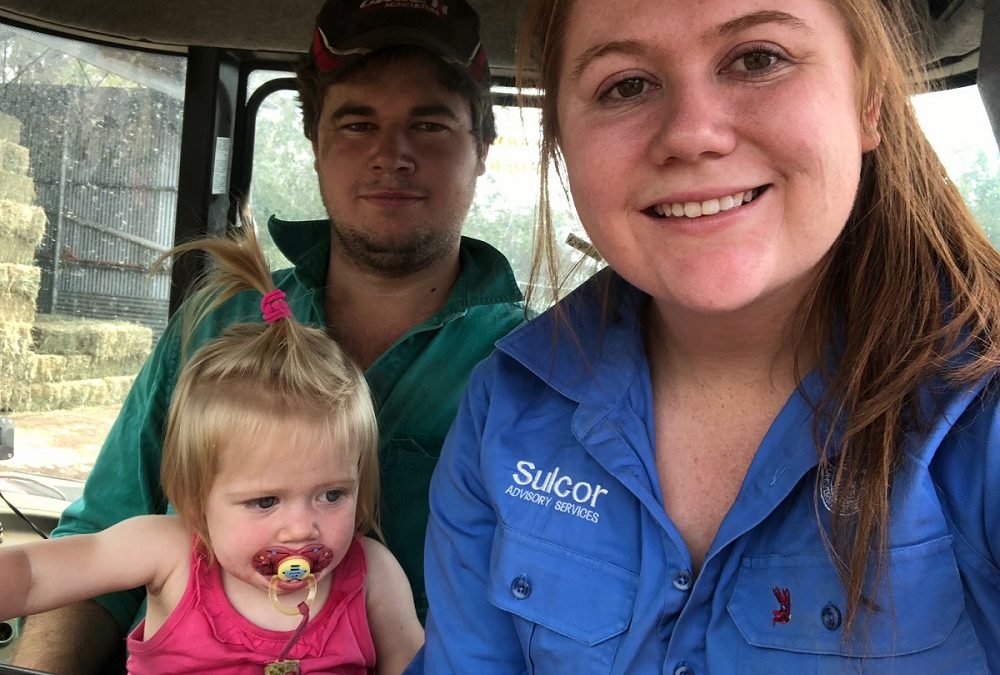 Keiley is originally from Gulargambone, but now lives around Narromine, NSW.

She and her partner have a small property focusing on irrigation to make hay.

Keiley has just finished a Bachelor of Agriculture/Bachelor of Business through UNE, Armidale. Her interest in agriculture began when she attended Yanco Agricultural High School and became involved in the beef cattle show program.

This year Keiley and her partner have focused on an oaten lucerne mix, and has also planted a small amount of dry land oats and barley to retain seed for next year.

Keiley is happily kept busy all year round doing a diverse range of things in agriculture!

What is one thing you’re continually striving toward?

“To improve! Improve our methods of doing things, improve our level of sustainability and improve the profitability of our operation.”

What is one thing you love about your job or lifestyle in grain?

“I love how it’s a family affair and it doesn’t even feel like work. I also enjoy how there’s always something new to be learned and at times you’re challenged to think outside the box for solutions.”

What is one thing you value about having mates in the grain industry?

“They’re always up for a yarn! Whether you’re asking for advice, looking for an industry connection or just interested in how the football went on the weekend, you always know you’re going to get an answer and at least a five-minute conversation detailing it! Mates in Grain are like that; they go out of their way and take the time to help you.”