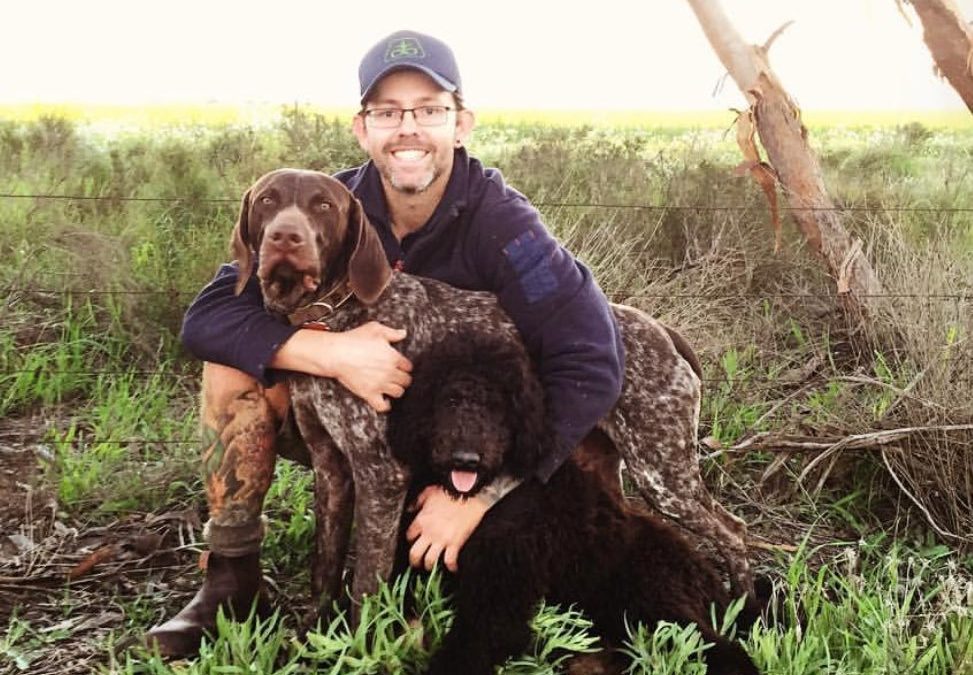 Leigh is from a small farming community in Binnu, just north of Northampton in Western Australia. He’s a solutions specialist for John Deere who works with the three dealers in the state, and runs his own mixed farm of wheat, canola and sheep with his Dad.

Having grown up on a family farm alongside his uncle and cousins, Leigh always knew he’d end up in Ag. He studied Ag Business and Commerce at Murdoch University and has since worked in roles with Elders, Syngenta Crop Protection, CRT and Landmark, his most recent role in agronomy.

Leigh, together with his father, crop 3500ha and it keeps him and his Dad busy. The most satisfying part of the job is seeing everything come together after investing time, effort and money into the growing process.

“We don’t have wins all the time, so it’s really rewarding when we do have them,” he says.

This year’s prep has gone well for the father-son duo. Due to being a smaller property, the recent storm that flew over the state (with winds of 160km/h and 20-30mL of rain) didn’t do too much damage. With the expected rainy forecast this weekend, Leigh’s hoping to receive some more rainfall.

How have advances in technology impacted Leigh’s farm and the way he works?

“There’s also a lot of stuff in machinery technology with seeding and spraying that’s really helped us. I think technology is one of the bigger things Ag is currently focusing on – people are looking for tech in anything they do.

“For example, the role of agronomists is always changing and they heavily rely on tech now.”

What can Leigh rely on his mates for in the grain industry?

Leigh devastatingly lost his Mum last month, and he’s seen it firsthand of how much he can rely on his mates and neighbours during the tough times.

“It’s out of this world how much help they’ve thrown at us, even when they’re flat out busy,” he says.

“We’ve had non-stop requests to help us finish prepping and it’s really humbling to have such a good community.

“So many people are willing to help, and you get it with everything – if someone’s ill or something’s happened, generally everyone will throw their hand up and it’s just good to have that community.”