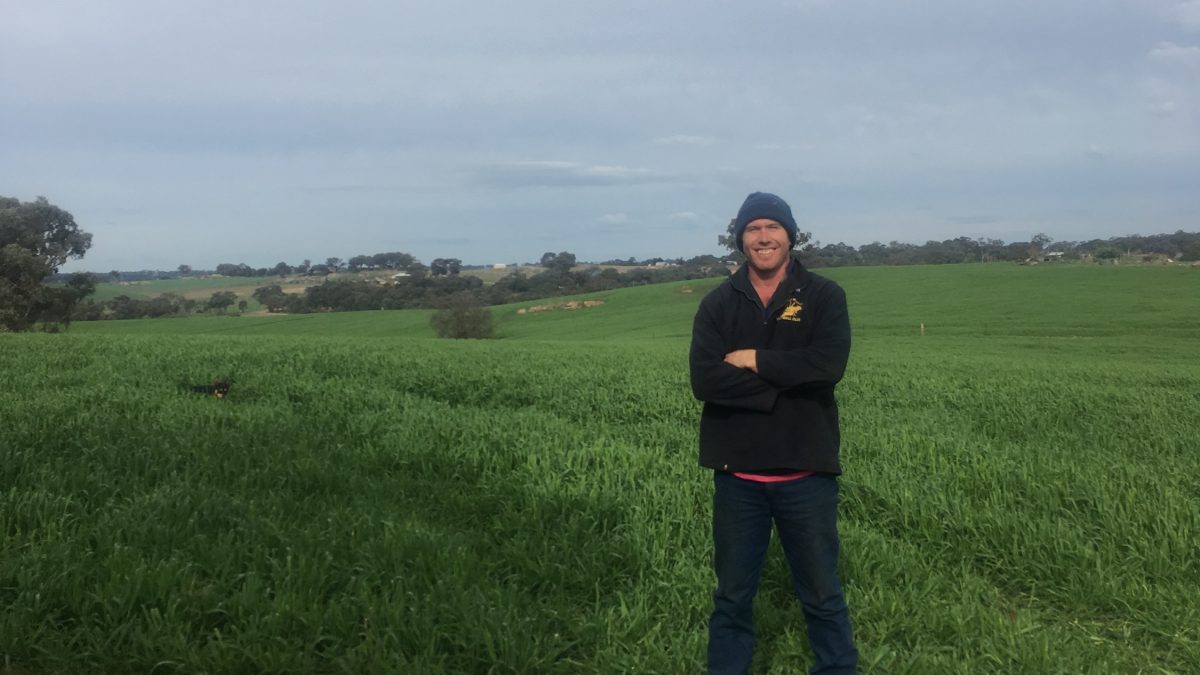 Ned was born and bred in Young, NSW. Upon completing school, he went to Sydney to study Ag Science and then returned to the family farm.

Neddeveloped his passion for agriculture from a young age thanks to being raised on the property. His cropping program comprising of barely, wheat and oats compliments his livestock’s needs because the majority of what he grows goes towards grazing varieties.

Ned says he can’t complain about the season so far seeing as his property is looking a lot better than others in the state. They had a few good storms early in the season and they’ve received a small shower every three weeks or so.

For Ned, the best part about the job is seeing his crop develop and grow over the four seasons. The most challenging? Predicting what the weatherman is doing!

“The Young Yabbies is simply the best rugby club in the Southern hemisphere,” he says.

“They’re a good bunch of rugby players and an even better bunch of blokes… it’s just a shame their coach has a head on him like a kicked-in biccy-tin!”

What are Ned’s go-to sources for farm related intel to improve his business?

“I rely on wisdom and advice from those that have been doing it longer than I,” says Ned.

“I’m always calling mates asking what they think might be going on; it’s also handy having the old man to bounce ideas off of.”

What words of wisdom would Ned give to someone just starting out on farming?

“I’ve only really been back full time for a couple of years myself, but I suppose you have to think of farming as a long-term job,” he says.

“Don’t get greedy when things are good because they’ll sure enough turn around. On the flip side, stay positive when you need to tighten up the belt, because things do come around!”

What can Ned rely on his mates for in the grain industry?

“They’re always good for a yarn or advice if I need it – we’re all like-minded blokes.”