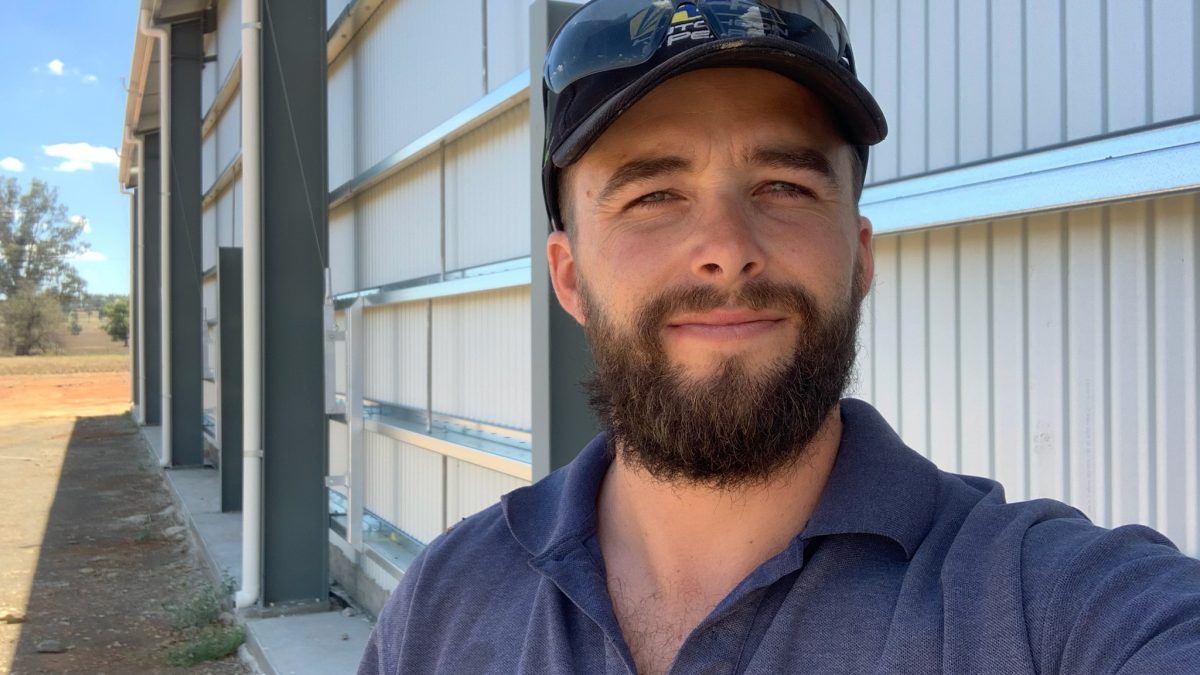 Alex Doyle is a 6th generation farmer who works alongside his brother Mitch and Dad Brian in Forbes, New South Wales.

Since leaving school 12 years ago he’s been working on the family farm, with Mitch joining him five years ago. On the 6,000-acre property they run 2,200 ewes, a large piggery, and roughly 3,500 acres of grain including wheat, barely, canola, oats and Lucerne.

“Dad works just as hard as we do every day, and Mum helps out from time to time.”

Alex loves this aspect of working with his family – he says it’s the favourite part of his job.

“Being able to work with family is rewarding; it has its moments, but we get over things pretty quick.”

He also really values delivering quality grain and getting a good price for it.

“It’s great to know you’ve produced and grown it, and you’ve gotten it to where it needed to be with success.”

Like all other Aussie farmers, the most challenging part of Alex’s job is when the rain doesn’t come.

“Trying to keep everyone in good spirit during this time can be hard. Work has its moments where you have to make big calls – but that’s everyday life. We get through them.”

In saying that, the most recent harvest was the best the farm’s ever seen.

“Dad is 66, he’s been farming this land since he was 15, and he has never seen as good a harvest as what we had last year,” says Alex.

“These numbers are just unheard of – it was unbelievable. Each time we finished a paddock and moved on to the next, we rang back saying ‘this one’s even better than the last one!'”

“The harvest was fantastic. I don’t think we’ll ever see as good as one.”

What words of wisdom would Alex give to someone just starting out in farming?

Put simply: stick to it.

“If you’re heading back to a family farm, working with your Mum and Dad does have its benefits. Everyone has blows, but you get over them pretty quickly.

“You do what works for your farm – it’s always good to put everyone’s point of view across and make a decision from there.”

If someone were looking to start a farm, Alex’s advice is to lease until you have enough cash to buy.

“It’s quite hard to buy a large portion of country straight off the bat; you can possibly lease it and get in that way if it’s an option.”

What can Alex rely on his mates for in the grain industry?

Alex says it all comes down to having that extra person to bounce ideas off, the support his mates can offer, and knowing they understand what he’s going through during the tough times.

“You can get stuck in a rut if you keep to yourself and get used to not trying new things.”

Alex, Mitch and Brian purchased an AGI X Series Swing Away Auger from Allied Grain Systems for last year’s harvest – read about their experience with the product here.