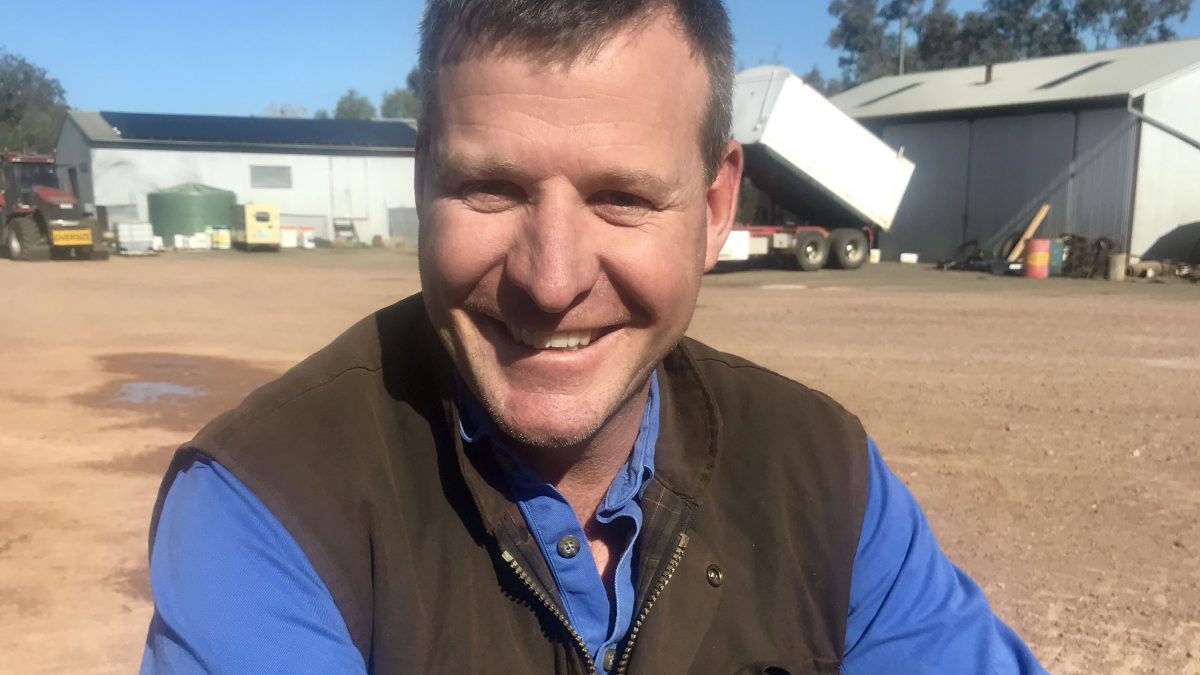 Paul was born and bred in West Wyalong, NSW. His father trained him on their family farm, and after school he attended Ag College in Wagga Wagga. After a number of years working away from the farm he came back to work alongside his father and brother.

A few years later he and his brother bought separate properties where they now pool their machinery and labour resources together to achieve efficient results growing wheat, canola and barley.

Paul says the best part about the job is the variety and not having to do the same thing week in and week out.

“Being self-employed and trying to maximise crop returns on the land that we have available is very rewarding,” he says.

The most challenging is dealing with the climate.

“No two years are the same. Lack of rain can be very challenging, and it’s hard to achieve what you set out to do without that rain.”

The season hasn’t been too bad for Paul, though. They’ve had just enough rain to keep the crops ticking along, and their moisture levels have been sufficient enough to get them through – but not enough to keep them going until spring. They’re in need of substantial rainfall, otherwise things can go backwards quickly.

How have advances in technology impacted Paul’s farm and the way he works?

“Technology that we’ve adopted has been great for efficiency in terms of GPS, and also implementing new seeding technology for the planting has enabled us to establish crops on less moisture,” says Paul.

“It’s made us more efficient of using the moisture that we have available.”

What’s Paul’s favourite way to spend the day on the farm?

Paul really enjoys crop monitoring – he’s a trained agronomist who still works in the field part time, so he likes looking over the crops to examine what he can do to improve them.

What words of wisdom would Paul give to someone just starting out in farming?

“It’s a very rewarding path to walk down,” he says.

“Don’t get discouraged by hard times or setbacks – use those as learning opportunities. Use the negatives and turn them into positives moving forward.”

What can Paul rely on his mates for in the grain industry?

“I can always rely on them for good advice. If I ever need a sounding board for a new idea, it’s pretty easy to get a hold of someone.”